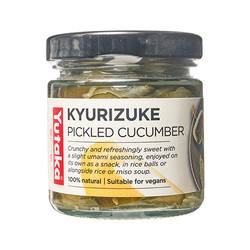 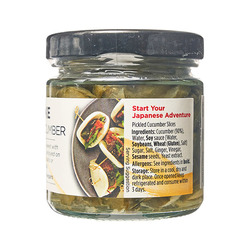 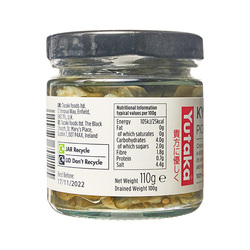 This handy jar contains crunchy and refreshingly sweet pickled cucumber. With a little umami seasoning of soy sauce, sesame seeds and ginger, these pickles can be enjoyed on their own as a snack, rolled up in onigiri rice balls or served alongside rice or miso soup.

From appearing on the side of Japanese curries to having their own little compartment in a full-size bento box, pickles are an important and underrated component of Japanese cuisine. These thin slices of vegetables, heavily saturated in a preserving seasoning, often form the sour component of a traditional Japanese meal. For an exciting range of traditional Japanese pickles, take a look at Japan Centre's Pickles section.

These are very tasty and a great wee snack!

Quality of the products are not as good as other *** brands.