Japanese bento boxes may have recently become a popular form of ‘packed lunch’ all over the world, but they actually have a rich and culturally significant history in Japan going back hundreds of years. Said to have been invented by the Samurai, who developed foods that were easy to transport, their use can be traced as far back as the twelfth century.

Continue reading below to find out more about the fascinating history of bento.

The Evolution of Bento 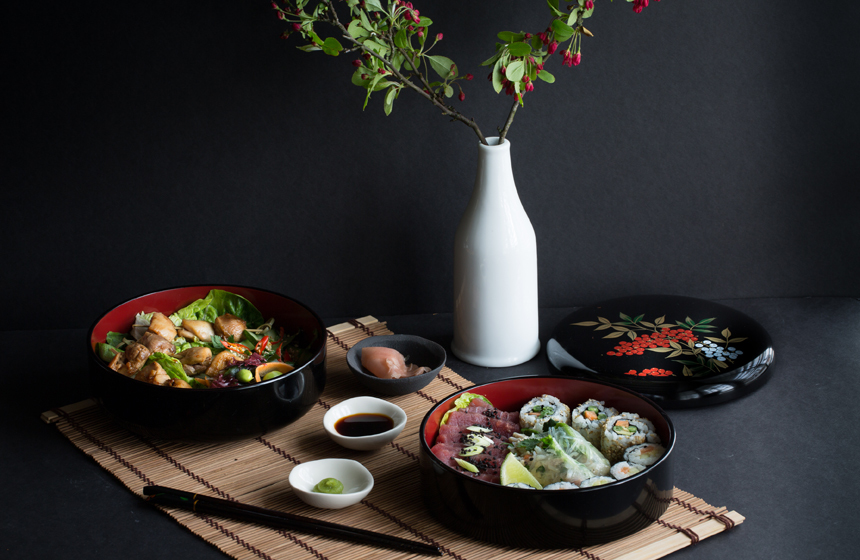 It was during Japan’s Kamakura period that dried meals, or hoshi-ii, were first introduced and taken for eating while out hunting or working in the fields. This early type of bento was little more than a small bag of dried rice, which could be rehydrated with hot or cold water or eaten as is. When more refined, wooden bento boxes came into existence, their use was reserved primarily for tea parties, cherry blossom viewings, and other such gatherings.

It was not until the seventeenth century that the use of wooden bento boxes became more widespread. They started to be used for home entertaining and prepared for travelling. It was common to take a fancy tiered bento box with an assortment of food on a picnic or other excursions. Theatregoers would take Makunouchi (‘between-scene’) bento filled with sesame-topped ongiri rice balls to enjoy during intermissions. For other outings, bento would also typically include seafood, pickles, rice and bamboo shoots.

Bento boxes started to develop into a more elaborate art form in the nineteenth century. The arrival of the Japanese Railway system at this time saw bento boxes being sold at train stations. Called Ekiben (‘station bento’), these bento usually contained pickled daikon radish and rice balls wrapped in bamboo with pickled umeboshi. With the additional influx and influence of Western cuisine at around this time, European style ekiben were soon also available at railway stations, consisting of sandwiches instead of rice balls.

An ideal box for preparing elaborate bento lunches. Take to the park or use at home. 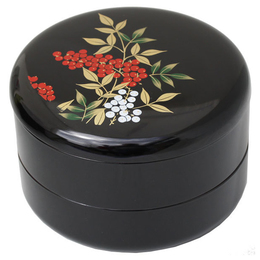 This two-tier bento box is elegant and has plenty of room for large meals. 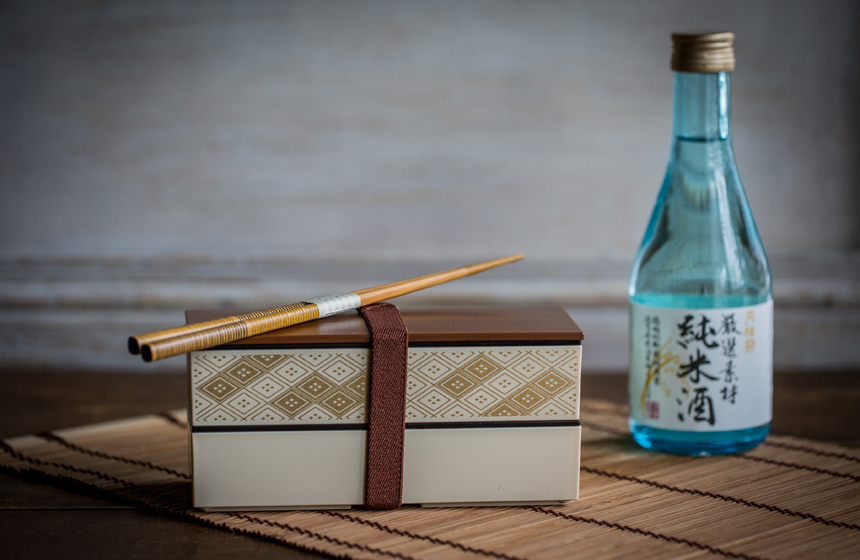 World War I saw bento become a symbol of the disparity in the population, due to the export boom and subsequent crop failures. Bento were a luxury; seen as only affordable for the wealthy. Bento boxes taken to school by children were considered a measure of their family’s wealth, which led to the practice of them being abolished in favour of school dinners. Aluminium boxes were introduced at this time, but there was an overall dramatic decline in the use and popularity of bento overall for the next 60 or so years.

Then, in the 1980s, the introduction of microwaves saw a resurgence in the use of bento boxes and their eventually becoming popular and widespread again. They are now a common sight in schools and at workplaces, with ready-made bento boxes available at bento shops, supermarkets, department stores, restaurants, and, of course, train stations. Bento boxes themselves are now made of everything, from traditional wood to durable plastic, and can be found in many shapes and sizes.

A new craze began in the early 1990s, when mothers started to design the contents of their children’s school bento boxes to look like cute cartoon characters. These were the official beginnings of kyaraben (‘character bento’). Kyaraben is now a serious art form, with international competitions for the best bento featuring cartoons, celebrities, animals, or famous artworks. 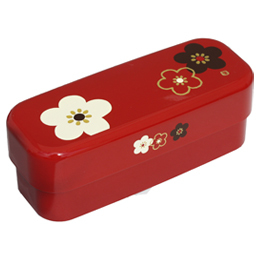 Choose from a great range of bento boxes in all sorts of shapes and sizes. 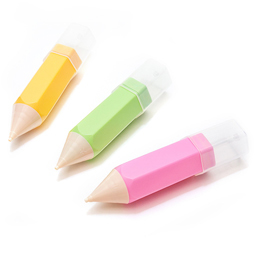 Turn your bento into a work of art with a wide range of bento accessories.

Bento boxes may be considered food art, but making them at home can be as simple or elaborate as you wish. Most boxes consist of a main and two to three side dishes. Main courses are usually chicken, meat or fish based, and are accompanied by vegetable or salad sides. Rice is almost always present as a side dish, but can be substituted with bread or pasta if you are going for a more European-style box.

Think about colour and texture, as a traditional bento is always designed to be visually appealing and appetising. The main rule when considering what to include in your bento is that the food should be portable and ready to eat. And of course, it is important that your bento box be your own. Don't be afraid to experiment, especially if you have lots of time or it is a special occasion.

Read on for unique bento lunch recipes and inspiration. 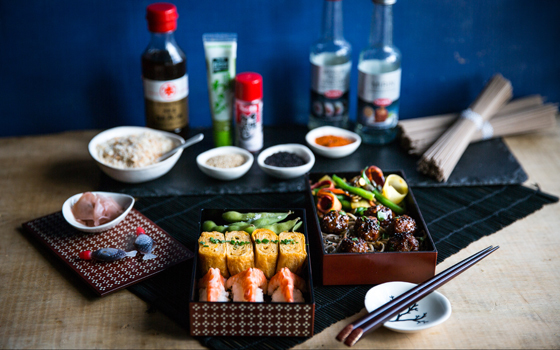 A simple bento could include dishes like steak teriyaki, Japanese rice with spring onion and ginger, and pickled cucumber. If you are vegetarian you could substitute the meat with tofu or beans. Any gaps can be filled with boiled eggs, pickles, and salads.

For a really special occasion, pull out all the stops with crab or prawn crystal rolls, make sushi, fresh tuna sashimi, chicken with yuzu and sesame and spring salad.

Also, be inspired by seasonal food – add leftovers or try something completely different, like Katsu curry or even oden.