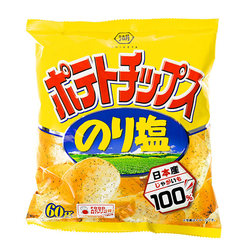 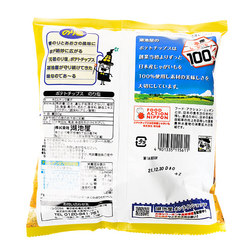 The first potato crisps to be produced in Japan in 1962 and still made from 100% Japanese potatoes to this day, Koikeya's salt and aonori seaweed potato crisps combine their crisp texture with layers of sumptuous umami flavour. Initially created by Koikeya, the beloved "Norishio" seasoning of these popular crisps brings the fresh bite of seaweed and light savouriness of salt into delicious harmony.

Crackers and snack foods are where an astounding amount of innovation exists in Japanese and other South-East Asian food companies. From spicy wasabi peas to wafer-thin crackers seasoned with flattened fish, these snacks are a culinary experience in themselves. To explore the world of rice crackers and savoury snacks from Japan and its neighbouring countries, take a look at japancentre.com’s Rice Crackers and Snacks range.