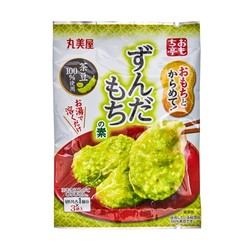 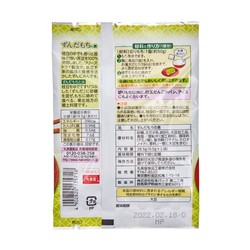 Make your own Zundamochi in seconds!

Edamame beans are commonly served as an appetiser in Japanese restaurants and Izakaya pubs, hence their reputation as a bar snack. However, they are also widely used in desserts, such as milkshakes, ice cream or Zundamochi. Edamame beans are rich in protein and very versatile. In Japan Centre, we offer frozen edamame beans as well as various edamame products. Explore more at the edamame section.