The garnish your Japanese dishes have been waiting for.

Give your okonomiyaki or yakisoba the perfect finishing touch with Wagaya's sliced and pickled ginger. Known as 'beni shoga' in Japanese, this eye-catching red ginger is widely used in Japanese cuisine, where its strong, sharp, sour flavour contrasts nicely with the umami-rich flavours of the foods it traditionally accompanies. This ginger is also delicious on plain rice.

Japan would not always claim to be in a pickle, but the Japanese certainly love pickles. Strange though it might seem to our Western eyes and ears, Japanese pickles come in a spectacular variety of colours, textures, and flavours, from super salty umeboshi to herby shibazuke. To see what all the fuss is about, take a look at Japan Centre's entire Pickles collection. 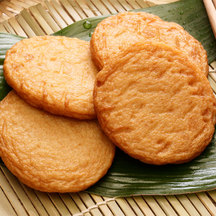 Nice product. Had while out in Japan. Only place in UK could find to buy it.

heaven in a jar

Can't have a rice bowl without some pickled ginger! Makes the meal for me

delicious and very soothing for the stomach

Brilliant as an enhancement to my side dishes. Came as advertised and am happy with having bought it.

I love pickled red ginger, and this is as good as any other that I've tried..

Have a with cold meat in salad,Definitely recommend it.My other comments given previously.

Would most certainly recommend it. Delicious.

Pickled ginger is not for everyone; it's a bit of a required taste. I would highly recommend trying it in small quantities first i.e. a teaspoon amount on top of a noodle dish. My tolerance for it has gone up over the years, so I'm quite generous with it. I like adding it to instant noodles to jazz them up a bit or to katsu curry. Very happy with the way it comes packaged - it's easy to store and keeps well for a long time.