What is mirin? One of the most essential Japanese cooking ingredients, mirin is a liquid condiment/seasoning that could be seen as the Japanese equivalent of white cooking wine. It is similar to sake, but has added sweetness and a slightly lower alcohol content of around 14%. Special cooking sake, which has a similar alcohol content, also exists, but cooking sake also contains salt. There is also another seasoning used as a substitute for mirin, known as mirin-fu chomiryo (mirin-style seasoning). It is normally less expensive than hon mirin (true mirin, or real mirin) and contains about 1% alcohol.

Sometimes mistakenly known as ‘mirin rice vinegar’ or ‘mirin rice wine vinegar’, Japanese mirin dates back to the Sengoku period (c.1467-c.1603). It was originally consumed as a sweet alcoholic beverage, primarily by women and people sensitive to the stronger flavour of other alcohols. By the end of the Edo period (1603-1868), mirin wine was being used to make things like marinades for grilled eel dishes and dipping sauces for soba noodles, but because it was quite expensive, its use was limited to the wealthy and to restaurants. Then in the 1950s, due in part to the severe lowering of taxes on mirin and similar foods, its use became more widespread across the country.

Mirin continues to be widely utilised in Japanese cooking to this day. Read on to learn more about some of the characteristics of mirin that make it so popular, as well as how you can incorporate mirin cooking, or cooking with sake in general, into your own culinary escapades. If you are asking yourself ‘where can I buy mirin?’, take a look at japancentre.com’s Mirin & Cooking Sake section for one of the widest ranges of mirin UK-wide.

Using mirin in Japanese cooking is not just about giving your food a more authentic Japanese flavour (although that is certainly part of it). Here are some of the other reasons why mirin is such a miracle ingredient. 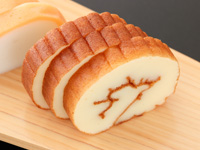 Mirin is often used to add sweetness to sauces and marinades instead of sugar. This is because mirin’s relative complexity (including the fact that it is sweetened with a range of sweeteners, rather than just the one) gives it a more mellow sweet flavour, which makes for a more sophisticated overall sauce or marinade. 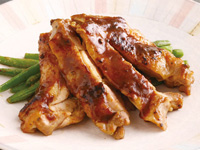 When added to sauces, mirin gives foods a tempting shine, similar to the effect of a glaze in Western cooking. This makes the food more appealing to anybody and everybody who will be enjoying it. 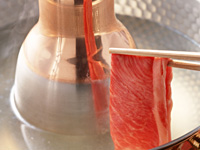 Mirin can be a useful ingredient to add to simmered Japanese dishes, because the sugar and alcohol in it prevent the meats and vegetables from falling apart and becoming sloppy. As well as keeping your cooking looking fresh and clean, it also prevents the flavours of the foods from leaking out. 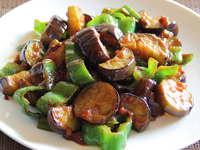 The comparatively small alcohol molecules in mirin are able to easily seep into other foods. Since the alcohol in mirin is attached to different sweet and umami components, those components are also more easily able to permeate the foods they are supposed to flavour. 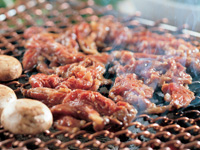 When mirin is used in cooking, the alcohol mingles with the unpleasant odours sometimes present in meats and fish. When the alcohol evaporates during cooking, these odours evaporate along with it.

If you have been asking yourself ‘What is mirin sauce used for?’, you have come to the right place. Read on to find out about some of the most common ways in which mirin is utilised in cooking. 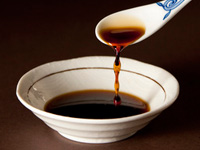 Teriyaki sauce is made from a combination of mirin, soy sauce, and sugar. It is a sweet/savoury sauce with an illustrious shine to it, and it is a favourite sauce among Japanese people and Westerners alike. Meats and fish are glazed with teriyaki sauce before being either broiled or grilled until the meat is cooked and the teriyaki sauce has turned sticky and succulent. 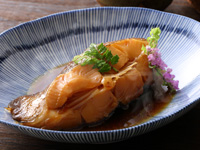 Translated to mean ‘simmered fish’, nizakana is exactly what its name suggests. Fillets of any light tasting fish (with mackerel and cod being the most common) are simmered in a stock of water, cooking sake, sugar, mirin, and soy sauce. As it cooks, the alcohol in the stock evaporates the ‘fishy’ smell of the fish, while the sweet and savoury flavours of the stock get absorbed and the rest of the stock thickens to become a vibrant sauce.

Nimono refers to a series of dishes made by simmering different ingredients (generally meats, proteins, and/or vegetables) together in a savoury broth until the broth evaporates and/or absorbs into the ingredients. The name ‘nimono’ translates to mean ‘simmered things’. Mirin is added to the savoury broth to give it a counterbalancing hint of sweetness. Also, because these ingredients sometimes need to be simmered for a long time, adding mirin helps the components of the dish to keep their structural integrity and not go sloppy. 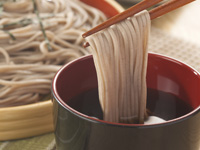 Soy sauce, mirin, sugar, and dashi are brought together to make tsuyu; an incredibly handy sweet/savoury sauce that can be made from scratch or bought ready-made as a Japanese seasoning ‘cheat’ ingredient. Tsuyu can be diluted with water to make a hot noodle soup for udon and soba, served on the side of cold udon and soba, poured directly onto donburi rice bowls as a seasoning, diluted and used as a stock for nimono dishes, and much, much more. 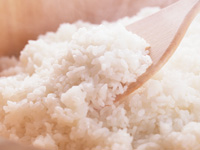 Mirin can also be used to season white rice for sushi. Nowadays the standard recipe for sushi rice seasoning is rice vinegar, sugar, and salt. However before sugar was widely available for using in sushi rice mirin would be used instead, and this offers two significant advantages. One, the sweetness of the rice becomes more subtle and nuanced. Two, mirin gives the rice a glossy shine that makes sushi look more appealing. 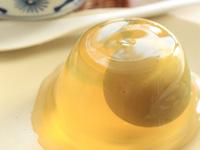 Mirin is ideal for using as the alcoholic element in many desserts. In hot, fruit-based desserts such as poached pears, the alcohol in mirin gives the pears a mature flavour and offers a counterbalance to all of the sweetness. Mirin also helps to ensure that the pears do not fall apart and become mushy. In other desserts, such as fruit cakes, tea cakes, and glazes, the alcohol in the mirin provides a mature alcoholic flavour while not detracting away from the primary taste of the dessert (as can happen with more strongly flavoured alcohols such as rum or whisky). Add a dash of mirin to your next chocolate or matcha tea cake and find out what difference it makes to the taste.